I’m glad to hear that the wonderful Italian crossover tenor Andrea Bocelli will be performing again at Madison Square Garden later this month.  My friend Vivian and I are big fans and had tickets to hear him sing there several years ago.

I remember that our seats were way up in that cavernous venue,  and after the long climb we stopped to catch our breath before settling down to enjoy the concert.

As we and his 20,000 other fans waited in anticipation for Bocelli to take the stage,  Vivian chatted with two very attractive young women who happened to be sitting next to her.

We had turned our attention back to the stage when we heard two ushers obviously flirting with our two pretty neighbors.

Vivian’s neighbor tapped her on the shoulder.  “Come on”,  she said,  “they’ve got front row seats for all of us!”

The ushers assumed we were four friends who had come to the concert together,  and Vivian and I weren’t about to disabuse them.  So down we all went in time to see Andrea Bocelli led on stage just a few feet from where we were now sitting.

How was the concert?  Well,  to tell you the truth,  you haven’t heard Bocelli sing until you’ve heard him sing at Madison Square Garden from front row seats! 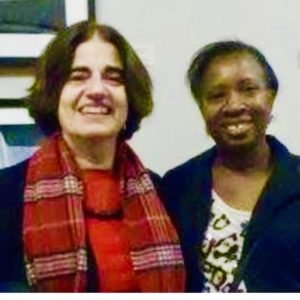 Get updates via email