I had a long and happy career as a school librarian,  but to tell you the truth since I was a girl I dreamt of a life on the stage!

Acting runs in my family.  My beautiful and glamorous great-aunt Miriam Elias studied at the Moscow Art Theatre with the great Stanislavski,   and according to family legend,  had a dalliance with the great Russian artist and theatre designer Marc Chagall.  In Moscow she married another designer, Boris Aronson.  The marriage didn’t last,  but years later Aronson did have lasting success on Broadway as the Tony Award-winning set designer whose many credits included Fiddler on the Roof.

Aunt Miriam performed in both the Hebrew and Yiddish theatres in Russia and Europe,  at Israel’s national Habima Theatre in Tel Aviv, and eventually in the States.  Years ago in New York she starred in the Yiddish classic The Dybbuk and was as magical and mesmerizing as the dybbuk embodied in the soul of her character.

And my uncle Sol Frieder, at age 95, was for a time the oldest working Equity actor.  He appeared on Broadway in the original productions of Fiddler and Cabaret,  and in countless off-Broadway shows including Israel Horovitz’ Today I Am a Fountain Pen trilogy.  During that run Al Hirschfeld drew Sol in the unforgettable role of the elderly storyteller Ardenshensky.

Sol also performed in Detroit at the Jewish Ensemble Theatre,  at many other regional theatres across the country, on TV and on the big screen.  His long filmography included The Music Box and several Woody Allen films including Love and Death, Crimes and Misdemeanors, and A Midsummer’s Night Sex Comedy.

And last year at age 94 Sol stole the show as the rabbinic judge in John Turturro’s film Fading Gigolo.

To be truthful Sol was my husband’s uncle, but I’ll take poetic license and claim some of his acting genes as well.  In fact I love all aspects of theatre and one summer during college landed a dream job as dramatics counselor at a children’s camp.  The gifted music counselor and I,  with only two weeks to prepare for each show,  mounted The Mikado with the little kids,  Oklahoma with the middle campers, and Guys and Dolls with the teenagers, all very successfully I might add.

And in my undergrad days I joined the NYU Heights student theatre group.  We were known as the Hall of Fame Players,  named for the colonnade of statues of great Americans on that sweet college campus in the Bronx.

One role I remember playing was the young widow who’s challenged to a duel by her late husband’s creditor in Chekov’s brilliant comedy The Bear.  Another was Mrs Three in Elmer Rice’s expressionist 1920s drama The Adding Machine.  And once I even found myself sitting on a piano belting out the bluesy ballad Stormy Weather as the jazz singer Helen Morgan.

But you two were the real thespians in the our family,  so take another curtain call aunt Miriam and uncle Sol! 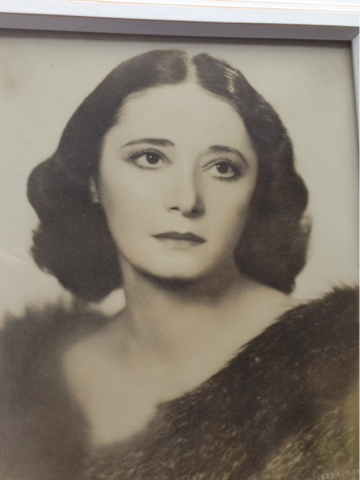 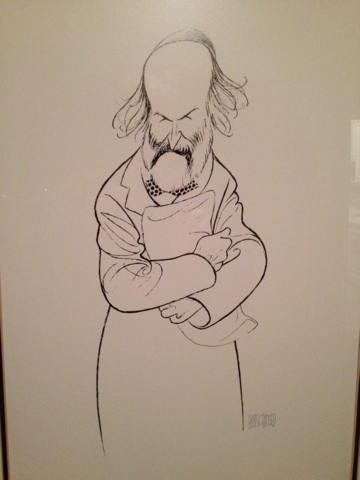